The breathtaking footage you record with your drone is unusable if you don’t edit it because it contains parts that don’t belong in the final cut of your video. The videos you record with a drone are not different in any way from the footage you capture with any other type of camera which means that you can use virtually any video editing software that supports the file format in which the drone videos are recorded.

Knowing which genre of the video you want to make from the drone footage is going to help you choose the right video editing app that offers all the tools you need to produce a video you want. In addition, your video editing abilities are yet another important factor you should consider, because professional video editing software products can be overwhelming for inexperienced users. Let’s take a look at the ten best drone video editing apps for Smartphones and computers.

Besides controlling your drone while it is in the air and previewing the footage you’re recording, you can also use DJI Fly for postproduction purposes. The app lets you edit your videos from the Template and Pro modes, so if you want to create a video you can share on social media quickly you can enter the Template mode and choose one of the available themes. Optionally, you can rearrange video clips within the theme before you export the video.

The Pro mode offers more options and gives you more control over the video editing process. You can cut, trim, and alter the playback speed of each video clip you add to the timeline or apply transitions between the cuts. What’s more, the DJI Fly app offers a huge selection of filters and visual effects you can use to enhance your videos.

This is yet another app for iOS and Android devices that is designed to enable their users to control DJI drones from the Phantom, Matrice, and Inspire series. DJI Go provides an HD preview of everything the drone sees, and it lets you broadcast live streams on your YouTube channel.

Like the DJI Fly app, DJI Go has the Editing mode that contains a versatile selection of templates that allow you to generate videos automatically. This app also enables you to edit the footage that is captured in 4K resolution and cut or trim all segments of video clips you don’t want to use. In addition, the DJI Go app is equipped with color correction tools you can use to fine-tune the contrast, brightness, or saturation values of your videos, while its image stabilization feature enables you to stabilize jittery footage.

Mac, iPhone, and iPad users can edit their videos with iMovie for free, even if their footage is recorded in 4K resolution. This macOS and iOS-based video editing app lets you generate videos automatically using one of its themes or start projects from scratch.

iMovie offers only basic video editing tools that allow you to create end credits and opening titles, add text overlays to video clips or apply image filters to them. In addition, you can control the video’s playback speed or create the PIP effect. This video editing app also lets you create soundtracks for your videos, as you can manipulate audio files with iMovie effortlessly. Once you’re done editing, you can export your drone video to YouTube in 4K directly from iMovie or send it via email to your friends and colleagues.

This feature-stacked video editing software makes editing drone footage look easy since you can arrange the footage on the timeline or remove any parts you don’t want to include in the video’s final cut effortlessly. Moreover, the editor lets you add up to a hundred audio and video tracks to the timeline, which enables you to work on small or large projects with the same level of efficiency.

You can use Filmora to edit 360-degree videos you recorded with your drone or to process the footage you recorded in 4K resolution. Correcting the fisheye lens distortion, stabilizing shaky videos, or performing color correction are also some of the options Filmora offers. However, the free version of this video editor watermarks all videos you export from the app and you must purchase one of the available pricing plans in order to export watermark-free videos.

In case you’re searching for a video editing app you can use for free on your PC, then VSDC is probably one of the best choices you have. This video editor allows you to edit 4K, 3D, or 360-degree VR videos which makes it a perfect choice for cinematographers who frequently shoot their videos with drones.

What’s more, VSDC is equipped with a rich visual effect library that enables you to enhance your drone videos in a single click. In addition, you don’t need a powerful PC configuration in order to edit videos with this Windows-based app, since its system requirements are low. However, you must upgrade to the Pro version of VSDC if you want to use motion tracking features, stabilize videos, or record voiceovers from this video editor.

Editing videos recorded with a drone in CyberLink PowerDirector is a fun and easy process. You can decide if you want to generate a new video automatically with one of the numerous video templates or edit the entire video on your own from start to finish.

CyberLink PowerDirector is a great video editing option for social media content creators who shoot their videos with drones because it lets then change the video’s aspect ratio as they see fit. The editor features 18 different transitions that can make cuts between shots much smoother and it supports 4K or 360-degree video editing. The scope of the options you will have at your disposal depends on the version of CyberLink PowerDirector you get, since some features are only available within particular pricing packages.

Adobe Premiere Pro CC supports videos in resolutions up to 8K which means that you can use it to edit all footage you recorded on your drone. What’s more, this video editor also offers 360-degree video editing so that you can create VR content. You are going to experience a steep learning curve in Adobe Premiere Pro if you have no previous video editing experience, but once you get adjusted to its interface and learn how to use its features the possibilities you will have at your disposal are going to be endless.

The fact that Final Cut Pro X was used to edit some of the best full-feature movies of the 21st century suggests just how powerful this video editing software is. Like Adobe Premiere Pro CC, Final Cut Pro X lets you create 8K and 4K projects, and it is also equipped with machine learning tools that automatically change your videos aspect ratio to match the demands of different social media platforms.

Furthermore, the Metal technology speeds up all graphics tasks so that you don’t waste time on rendering, real-time effects, or exporting videos. Final Cut Pro X gives you the opportunity to mold the videos you recorded with your drone in any way you want, but it also requires you to have an admirable level of video editing skills. The app’s system requirements are also very high and you are going to need an excellent graphics card and lots of processing power if you want to edit videos with it on a constant basis.

The support for virtually any video file format makes Lightworks one of the best video editing software products you can use to edit videos you recorded with a drone. Moreover, its multicam editing feature lets you combine footage captured with several different drones.

You can edit high-resolution footage with Lightworks because this cross-platform app is optimized for speed as you can export multiple files simultaneously or keep editing while you’re importing new footage into a project. This video editing app comes with a huge selection of built-in real-time effects, and it is also compatible with the Boris FX plug-in that extends its rich collection of effects even further. Lightworks is also an excellent choice for collaborative projects since it allows you to control which media or edits you want to share with your clients or your colleagues.

DaVinci Resolve is equipped with every tool you are going to need to edit your drone videos professionally from start to finish. Even though this video editor gained recognition as a color grading app countless film industry professionals are using it for all postproduction purposes.

The latest version of DaVinci Resolve has a Cut Page that is designed for editors who are working in high-paced environments like TV stations and it enables them to add transitions, create titles or remove parts of the footage they don’t need quickly. The video editor lets you create timelines with different frame rates, aspect ratios, and resolutions within the same project, and it also offers powerful image stabilization features that can easily fix a shaky video you recorded with a drone.

How to Choose the Right Drone Video Editing Software?

There are a few factors you need to consider while searching for a video editing software you can use to edit videos you recorded with a drone.

Your video editing skills are probably the most important aspect you need to pay attention to because video editing apps like Final Cut Pro X, Lightworks, or Adobe Premiere Pro CC are not aimed at newcomers to the video editing world.

The 360-degree and 4K video editing capability is also something you’ll need to look into if your drone can record 360-degree or 4K videos. In addition, you’ll also have to know which type of videos you want to create before you choose a video editing app for the job.

So, if you want to have the option to generate a video quickly but have access to a wide array of video editing options you can use to create videos for social media or any other purpose, CyberLink PowerDirector is an obvious choice.

Video editing professionals can choose between DaVinci Resolve, Adobe Premiere Pro CC, Lightworks, and Final Cut Pro X since either of these video editing apps can be used to create professional-looking videos from footage that is captured by a drone. 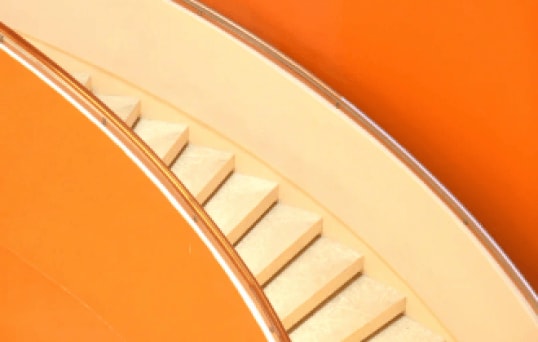