TikTok is formerly known as musical.ly app which is used to create, share short music videos on the social networking platform. There is a wide range of TikTok influencers worldwide posting their TikTok videos for entertainment. They will bring great impact on the viewers through realistic performance on-screen with songs, dance, dialogue, etc.

Now, it has taken a new appearance with a different name and logo retaining the same concepts of musical.ly. The TikTok influencers ignite the viewers and trigger excitement in them through their impressive short videos. The subscribers will be longing to watch their next posts and check for the notifications without fail amidst their busy work schedule. Here in this article, we will walk you through 10 TikTok influencers that you can learn from. 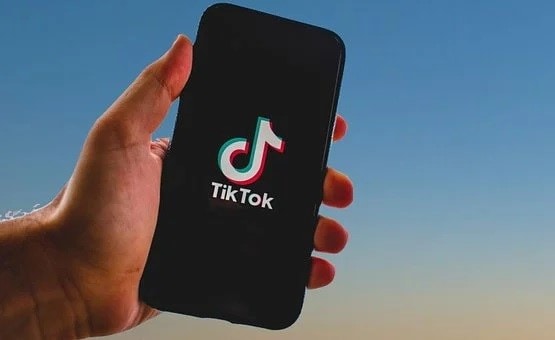 D’Amelio is a 15-year-old American TikTok influencer and named as ‘Reigning Queen of TikTok’. She had started her career on this social media platform in 2019 with an upload of a short video of her dance performance. Within 10 months she has reached the top of the list of best TikTok influencers. The followers increased gradually from 3 million to 5 million and then boosted up to 24 million. At present, she is the top TikTok performer with 72.5 million followers. Now, through the reputations gained by this TikTok environment, she is performing events and cameo appearances on commercials for special occasions worldwide by entertaining her followers in person.

Addison is a 19-year-old who has joined the TikTok community in the summer of 2019. She is well known for dance and lip-sync videos for popular songs. Her impressive performance brings a great impact on the followers. As of now, she has become a member of Hype house connecting with her viewers through thousands of stunning videos. She is specialized in Hip-hop and rap. She has extended her reputation from TikTok to YouTube and now became active on Instagram. Her TikTok influences led her to sign up with a talent agency WME.

The Zachery Michael King fondly known as Zach King is an American TikTok influencer based in Los Angeles. His TikTok career started in the year 2016. He has posted his first video with the caption ‘Need Help Posting bail, oh wait never mind’. The video is all about him escaping from a jail cell. Most of his niche relates to magic, video tricks, and illusions. Initially, he stepped into the YouTube platform by posting user guide videos for Final Cut Pro. His latest post on TikTok which attracted many viewers is an illusion video of him riding on a broomstick later revealed the trick with the mirror.

Loren is a shining star of musical.ly when she was just 13 years old. Her TikTok videos were mostly based on lip sync dubbing videos, dance challenges, etc. She is very fond of music and looks for a stunning career in the same field. She has won Teen choice awards and People’s Choice awards for her incredible performance on the social media platform. In the year 2019, she has released entertaining track singles with the title ‘Can’t do it’. Through her consistent dance appearance on social media persuade the teens quickly.

The 16-year-old Afreen well known as a successful TikTok influencer posting viral videos as an actor and star engagingly delivering lip-sync dialogues. He used to connect with other Indian TikTok users like Faisu and Aashika to build an impressive TikTok post. His stylish appearance and timely moves for the dialogue seem to be a highlighted part of his performance. The cute and realistic reactions on his face flooded his profile with 43 million followers in a short span.

Spencer X is well known for beatbox type TikTok videos. This 27-year-old artist is a professional beatboxer who displays his talent on the TikTok platform. He creates wow moments for the viewers after watching out his videos. He can persuade the followers in no time through his mind-blowing skills. He hails a Chinese and Ecuadorian descent and resides in America. His breath-taking music tracks with beatboxing technique videos turned him into a top TikTok influencer within a short period. His mesmerizing video content triggers the craziness in the teens of this current generation.

Michael fondly called JustMaiko by his followers, started his TikTok career in the year 2016 by posting videos on the old version of TikTok named as musical.ly. He works in the music niche. He loves to dance with the best choreography and a good photographer. He is also known for posting videos documenting his daily activities in a well-organized way. He is also a blogger connecting with the social platform round the clock and stays in touch with the followers. He is an American-based TikTok influencer making videos on dance tutorials, lip sync videos, stunning dance performance, etc to persuade the young minds of the TikTok users.

The Ariel makes multiple gigs on kid channels like Disney and Nickelodeon TV shows. She is a 19-year-old TikTok influencer who established her reputation on the musical.ly platform. Her achievements in the TikTok platform was recognized by Time magazine in the year 2017. Apart from TikTok videos, you can find her in films, TV channels, etc. She is also a singer releasing incredible tracks for her followers. She has won the Teen choice awards twice in her career.

Faisu is a reputed TikTok performer and identified from an Indian creator dubbed Team 07. He is the best TikTok artist based in India and recently suspended in the year 2019 for violating the rules and regulations of TikTok. He used to perform lip sync for music tracks, dialogues and act like to star to persuade the viewers. After a short suspend turned back to the TikTok environment in the year 2020.

Dixie is the older sister of the top TikTok performer Charli. She is an 18-year-old performer focus on the dance and choreography niche. As a successful TikTok influencer recently signed a podcast deal with Ramble Podcast Network along with her sister. She is also connected with the United Talent Agency to explore her dancing skills in this space. She is an American based on political family background and she is active in the social media platform from 2019 till today.

Finally, you are in the closing lines on the discussion about the top TikTok influencer. To make a difference in the social media platform you must be unique to attract the viewers. Your videos must trigger the inquisitiveness to convert the viewers into followers. Learn the tips and tricks associated with making persuasive TikTok videos using the works of the above-discussed eminent performers. Become an influencer in your passionate niche and connect with your followers to build a reputation on the social media platform.

How to Unblock Someone on Facebook on Your iPhone or PC

How to Make a Slideshow on TikTok: An Ultimate Guide